Your browser currently is not set to accept Cookies. Please turn it on or check if you have another program set to block cookies.

A breath of fresh air, a new adventure into the world of luxury outwear.

The revolution starts from the past and is projected itself
into a future that redraws the boundaries’ new classic.

The result of an unexpected meeting.
From Herno to Scarpa, through Laminar. 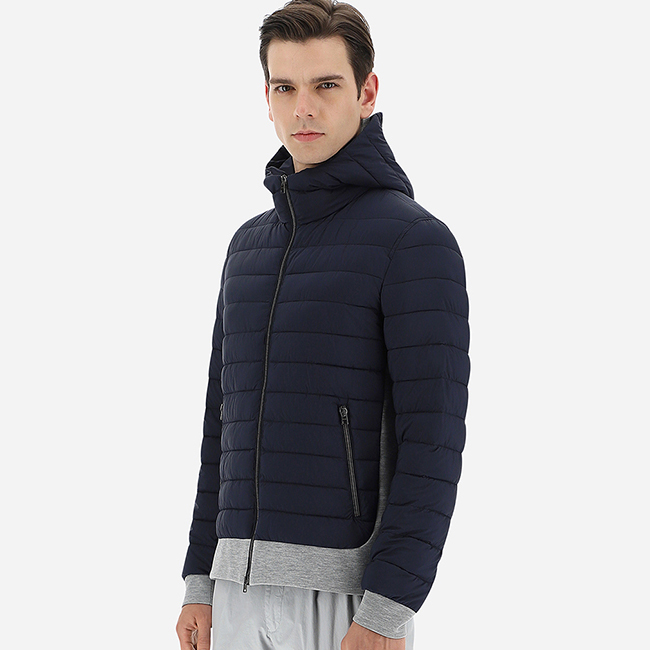 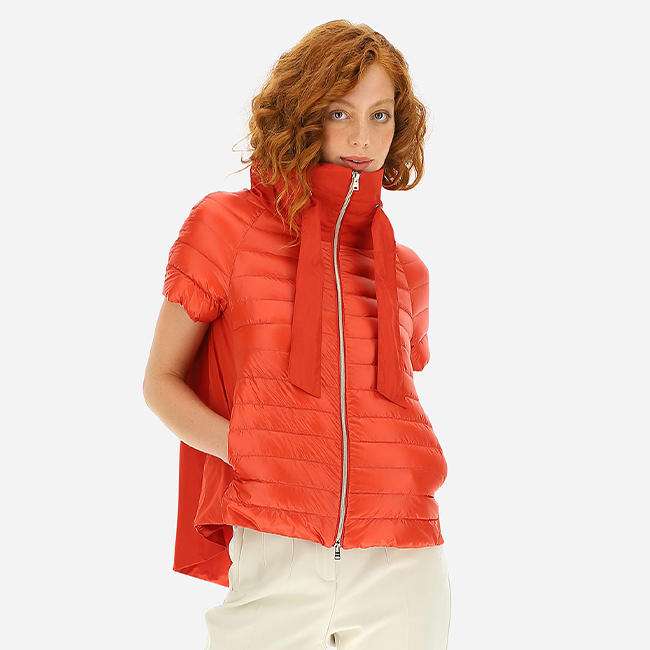 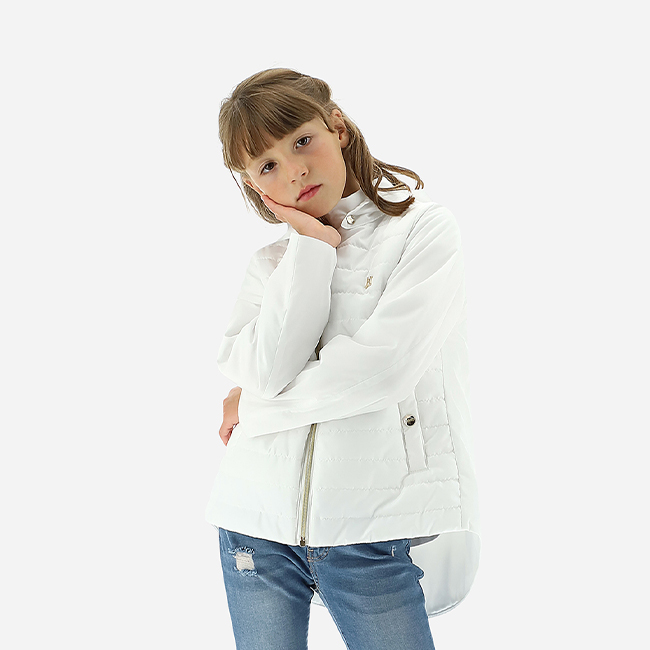 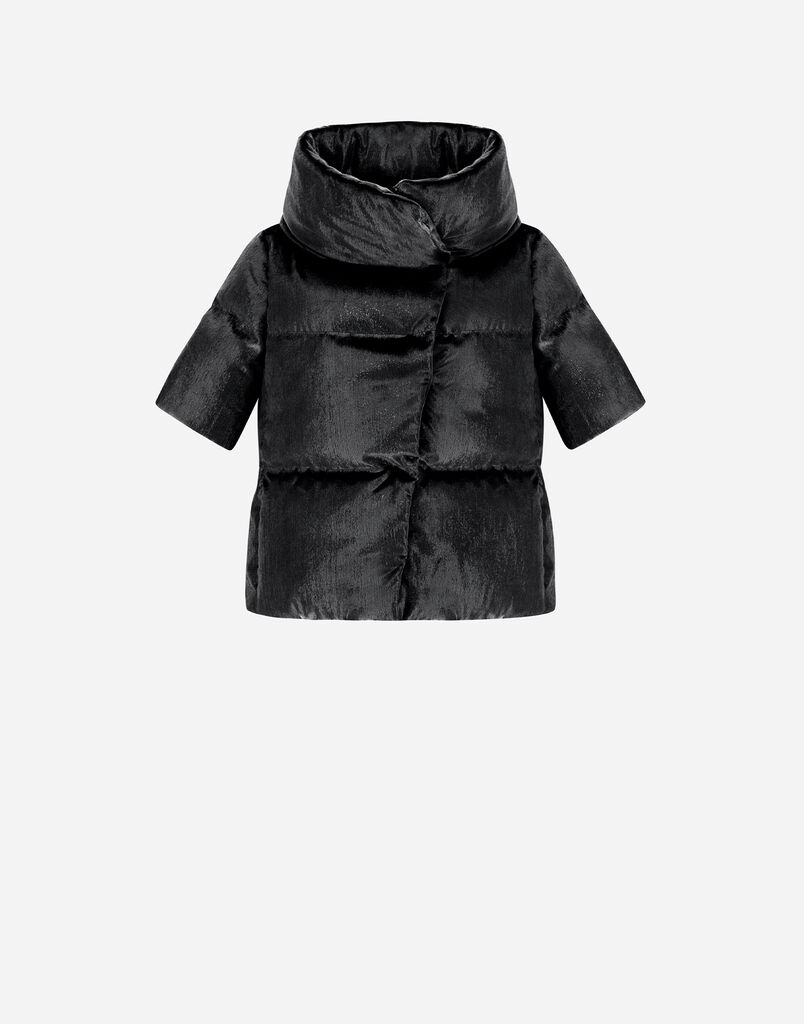 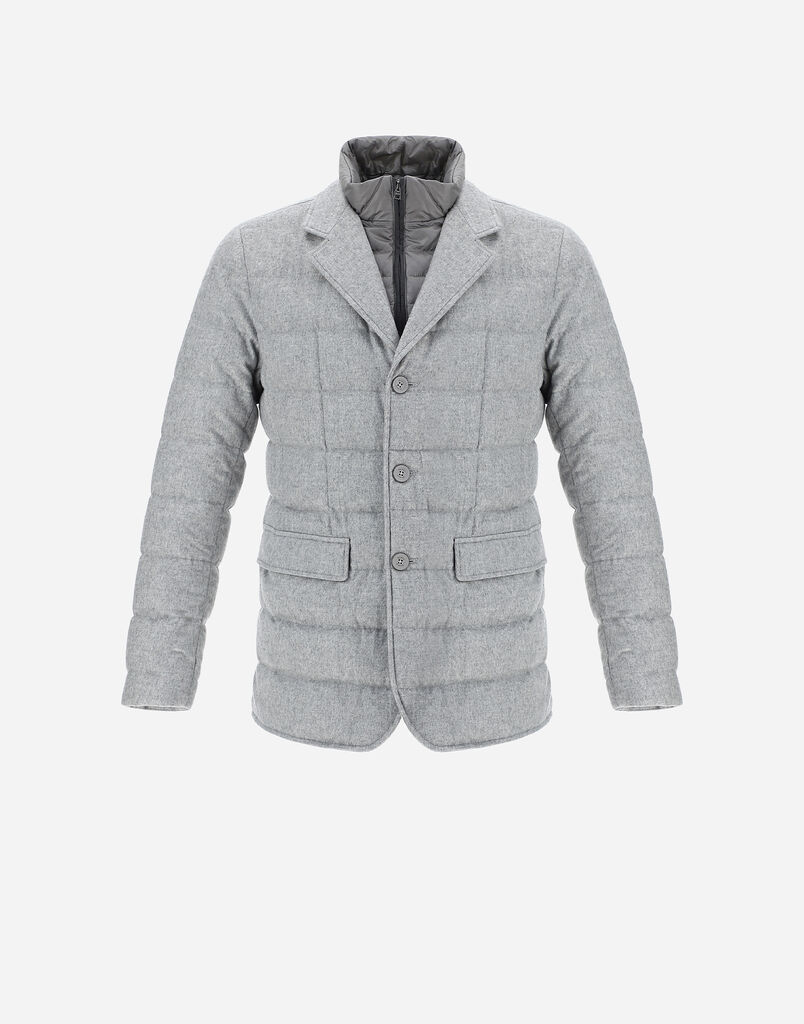 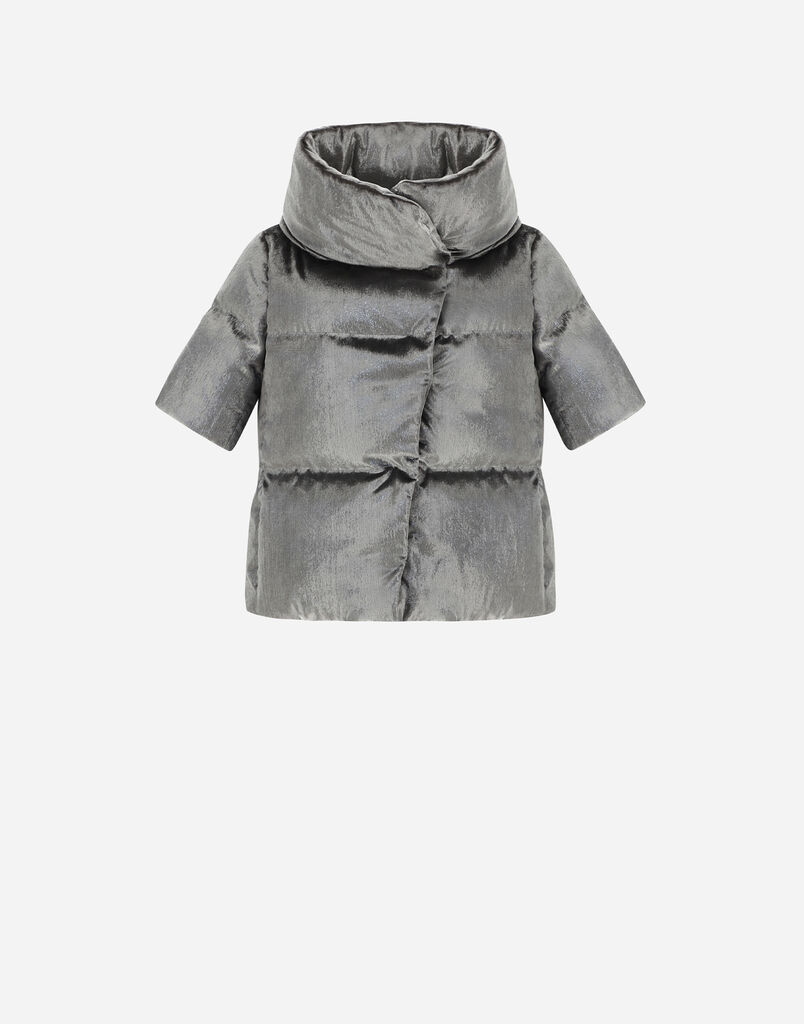 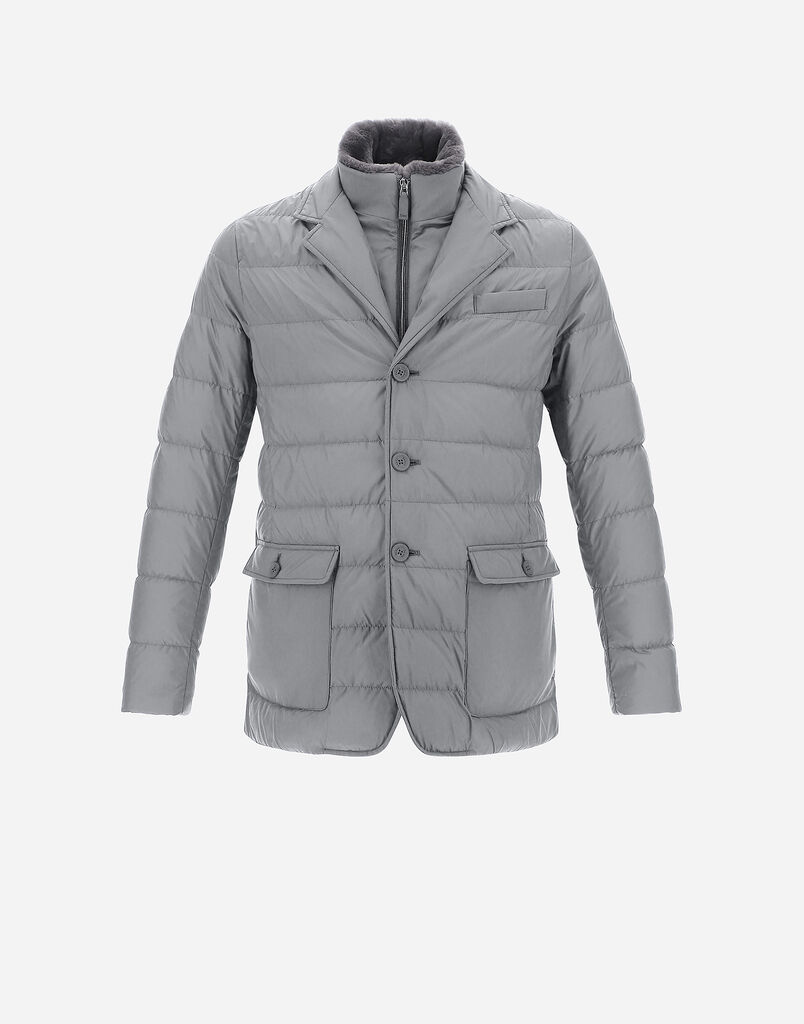 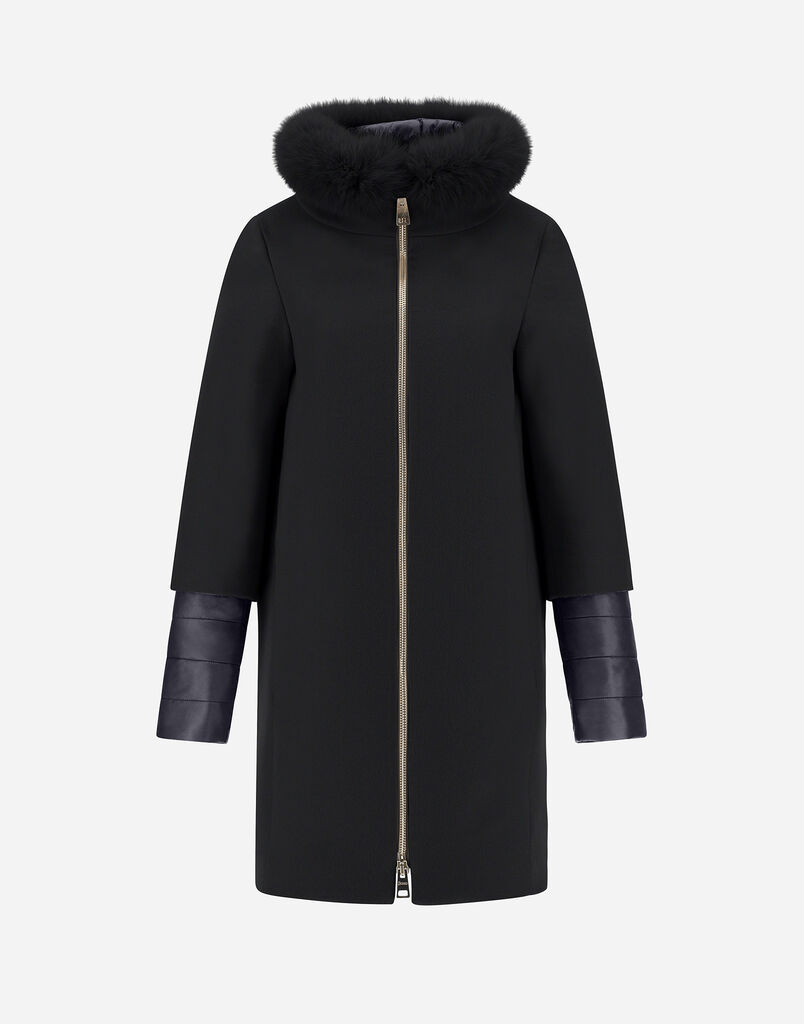 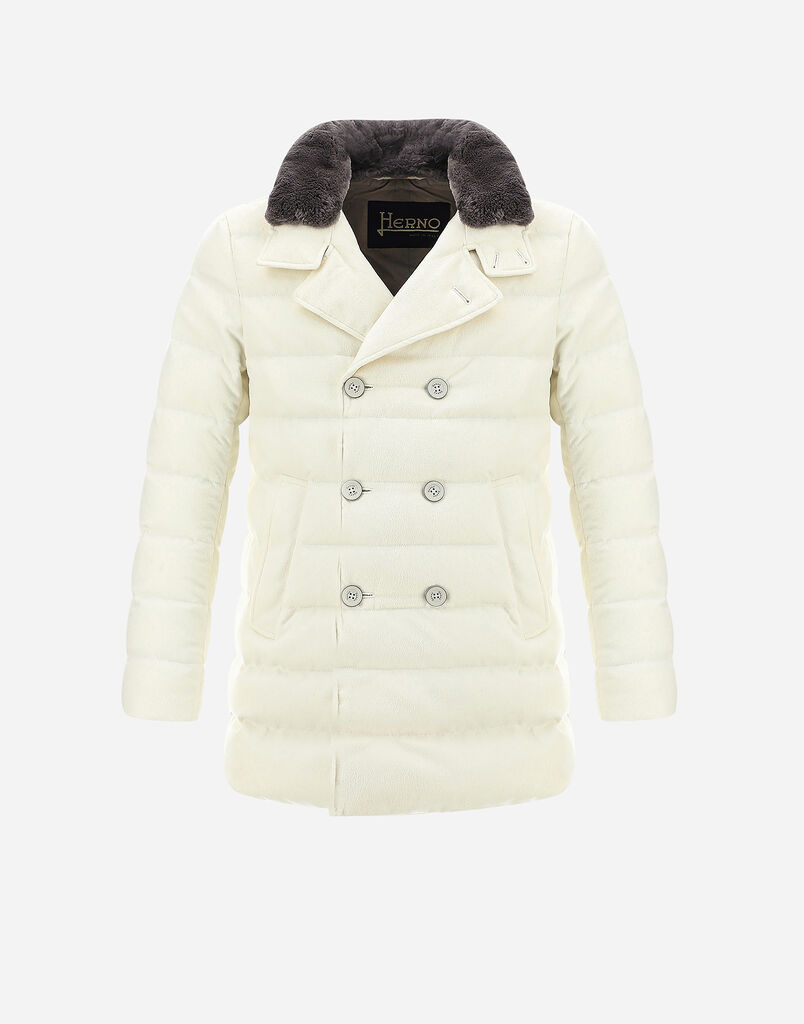 Anyone who enters and is welcomed into a Herno space finds a library, the symbolic custodian of the company history. Sitting in an armchair or on a sofa in front of the fireplace, you can read it on the shelves: among the garments hanging on the iconic hooks, the fabric narrative is punctuated with art books, old photographs and family portraits, memories of the beginnings of the company, while screens where the play of water is reminiscent of contemporary art installations convey excellence, directing the gaze towards the future. A vertical wall of green connects visitors with the land and nature of the place in which the company has been based since 1948, and where ideas and products still take shape today. This is where an Italian story with strong ethics is being built, entrenched in the deep respect for those who work and used to work at Herno, as testified in the videos that alternate yesterday's faces with the faces of today. Their presence demonstrates just how essential it is to have ‘human capital', able to exercise the art of know-how: skilful dexterity, research, strategy, technique, technology and intelligence weave the texture of the fabrics into a story that gives substance and shape to beauty. Beauty to be touched.

THE PURSUIT OF EXCELLENCE

THE LAKE, THE RIVER

What do I do when I come back from a long trip? I walk past the lake, take a deep breath and then go into the factory, with my suitcase still in my hand, even if it's a bank holiday, even if no one's there. Two essential rituals.

The sense of responsibility in the Herno firm has also manifested itself in care for the surroundings. For Claudio Marenzi, Lake Maggiore is like a zen garden: it calms him down, recreating an inner feeling of tranquillity. And as a sporting man, the lake also represents a space for physical well-being and play: swimming and sailing - his passion - as well as making circles in the water with rocks, which takes him back to childhood, or the rare pleasure of lakeside contemplation - that step away from boredom which makes brainwaves flow. It is here, and nearby on the banks of the River Erno that Claudio Marenzi felt at ease in life and then with work. And he is developing a symbiotic relationship with the land, which he has learned to respect, and a love of those who live there. An awareness that he doesn't forget even when he chooses other production sites for Herno: because protecting an area means preserving a memory and the feelings of those who live in it. And as far as Claudio Marenzi's ethics are concerned, this one is as vital as water.

Cookies
This site uses cookies, including third-party cookies, to send you advertising and services in line with your preferences. To find out more, or to deny your consent for some or all cookies click here to read our Cookie Policy.
By closing this banner or clicking on any part of this page, you agree to the use of cookies.
you are in USA
Right language?  Right country?
Keep | Change